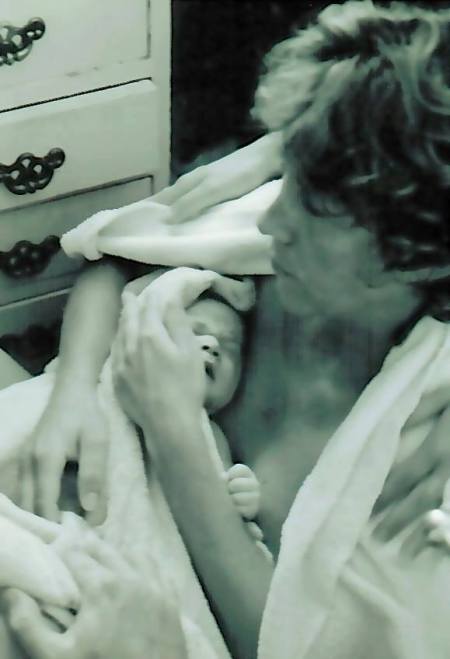 After 6 weeks apart, a week-long school break has served as the turning point for this half-life we’ve been living since we deposited our youngest (and his most cherished belongings) into a dormitory room on a campus 100 miles away.

Before this half-life becomes any more normalized, I want to attempt to capture what it is to be without children in the home after revolving around their presence for a quarter of a century.

I did not fill the vacancy so that I might truly know the absence and grieve it, and as such, create space for something new to grow.

I did, however, just ahead of his departure and in the weeks in between his visits home (weekend whirlwinds) rearrange some things, including the bathroom, the livingroom, the kitchen, and the mudroom.

It’s only now that I notice that I’ve turned the linen stand and the bookshelf and the kitchen island on the diagonal. (I suppose I would have turned everything upside down if I could.)

In the absence of a primal scream in the middle of a college campus, it helps to have one’s private world reflect how life’s tilt.

The simplicity. The silence. The ease. The futility. The vacancy. The despair

Who am I now?
Where is my grand retirement party?
Is my best work behind me?

And have I become irrelevant to it, like the founder of a fabulous company who is suddenly dismissed by the very board that she created to help it grow?

(Where is my severance package!!)

I know this half-life has reached a turning point because when he was home for the long stay, I felt myself e-x-h-ale as if I’d been holding my breath underwater for weeks.

There was some talk of my oldest returning home in the New Year, but those plans have since altered, as I, through the trial and error of attachment (favorably or unfavorably), continue to learn that the pronouncements of young adults
are always in flux, like the pronouncement my youngest made on his first weekend home:

“I don’t think of our house as home anymore. I feel sad here actually. I miss my dorm room and my friends. That’s my home now.”

Separation is hard work. For each one of us. Made more challenging by strong, healthy relationships. (If only we were happy to be rid of each other!)

None of this comes as a surprise. I’ve been preparing for it since I held my first born son at my breast, and realized in the depth of unfathomable love, with chilling sleepless clarity:

Heartbreak is my destiny.

No wonder men like Trump say they won’t have anything to do with their children. Loving is a fiercely courageous act.

It is only now that I realize how the radical separation between mother and child is also in store for my husband and me.

If not divorce, then death.

No wonder Trump cheats and trades in his wives so that in their youthful reflection he can hide from his own demise.

For the first time in 30+ years, my husband and I began sleeping apart. (There are so many beds!)

Recently, however, we’ve come together again which was the most notable sign that something had shifted in our half-life.

But first, our unusual separation was punctuated by the night that I brought my old blankies and ragged puppy to bed after a banishment that took place out of necessity when I placed a baby beside me in bed.

It appears that before I turn toward my husband again, I am turning toward myself.

Just yesterday in the midst of one mistake after another, I overheard myself say, “You’re so adorable, Kelly. I love you.”

And although Casey was the more reluctant one to sleep apart (to do anything apart really), to my dismay (and deep appreciation), he found in the space between us greater self-love, taking time to tend to his needs in ways he never much heeded before.

As we turn the corner on this half-life, I find myself thinking back to the great disruption that parenting first presented, of how quickly it swept away the sweet sense of ourselves as two, so that when our second child was born, there was the bittersweetness of nothing to lose.

I’ve been catching glimpses of that two-ness lately, we both have, and it’s a quickening that is hard to bear now that the end of life is coming into focus.

And yet, aren’t both our names Celtic for “Warrior,” and haven’t we been courageous in loving, each in our own way, for 30+ years.

I think that Moms should go too. At least for a time. To rediscover who we were before we gave our lives to others.

“I can’t live in a museum of our family!” I’ve said again and again, to each of them, but if I’m honest, I am speaking to myself.

What I do appreciate in remaining present to this vacancy, is the slowing down, which brings to mind what the poet May Sarton said:

And wasn’t it my child, who brought me to my knees, to see what he was seeing, and aren’t I forever the better for it.