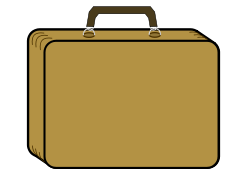 Do kids even runaway from home anymore?

I don’t mean the kind of running away where the police get involved, but the kind where you get fed up for being taken for granted, you pack your little suitcase, and you head out into the world (or at least into your immediate neighborhood), leaving your family behind–forever (aka. until dark.)

Did anyone else do that besides me? Because my kids never have. They’ve never even threatened it.

Maybe running away from home was only trendy in the seventies, like streaking. I did that too. Maybe my kids lives are too healthy and they don’t need outlets like packing their suitcases and running down the streets naked.

What if they never leave? I hear that’s trendy now.

My son recently came of age to obtain his driver’s permit—and he hasn’t shown any interest.  He begged to drive plenty of times before he could get his permit, but now that he could be driving, he hasn’t said a word.

15 is a ridiculously young age to be manning an automobile, if you ask this mom; but still, I don’t understand his adolescent passivity with freedom at stake.

Maybe growing up is scarier these days.

He does want a phone of course, and he claims that he’s the last teen on earth without one. He wanted to buy one for himself on his birthday, but in the face of his apathy around transportation, I said, “Get your permit first, then we’ll talk about phones.” (Stalling is one of my top parenting tactics.)

With phones and computers and i pods and the internet, kids may never leave home again–especially in “our parts” where there’s no place to go.  The closest mall is over an hour away.  And who needs movie theaters and arcades when you can do all that on your own, without spending a dime.

But what happened to running away? I remember threatening it all the time.  Maybe I got the idea from TV.  Childhood was definitely defined by television in the seventies.

But unlike the characters on the tube, my parents never came looking for me.  In fact, they didn’t seem to notice or care that I had gone.  I waited there, under the evergreens in front of my elementary school, digging my heels in, ready to sleep there under the stars–until my parents pulled up and insisted I come home.  I imagined tears (theirs.)

But they never came.  So once night fell, I rolled up my sleeping bag and returned home.  Embarrassed.  Discouraged.  Disappointed in my lack of nerve.  Feeling even less loved than I had when I left.

My father came into the bedroom, and flipped on the switch, to light up my humility,   “What happened?” he asked, as he stepped up to my top bunk.  “I thought you were running away.”

“Here’s a dollar,” he said, slipping it from his pocket.  I let it flap there between us.

“Well, Robin wants to runaway with me,” I explained about my younger sister, “So that won’t be enough.”

“I can give her money too,” he countered.

“I think we’ll runaway tomorrow because it’s too cold and dark out now and we’re already in bed,”  I said, grasping at any shreds of autonomy I had left.

I suppose he kissed me and tucked me in before turning off the lights; but it would have been nice if he had said, “I’m so glad you came back.  Never do that again.  I love you too much. I can’t imagine my life without you.”

But THAT only happened on television, and ours wasn’t that kind of relationship. My father was never one to show all of  his cards.  A handful of years later, when I was steeped in adolescence, he called my bluff again, saying “One of us is going to move out of this house before you’re 18, and it ain’t going to be me.”

In fact it was him, however, because my parents got divorced.  So in a way, I won. But really, we all lost.  Nobody wins when a family plays poker with their hearts. 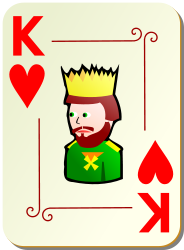 Maybe that’s why my kids don’t run away. I care about their feelings and I let it show.  Sure, I want to be in charge, and I occasionally flaunt my position of power, but mostly I want us to get along–and they seem to want that too.

My sister Robin begged me to come along the day she found me in our room packing my suitcase.  She promised to listen to me and she packed her own bags fast.  When we ran into the kids in the neighborhood, I acted annoyed that my little sister had tagged along, but actually it was a relief.

Until she told about the underwear.

The boys asked us what we had packed and so I told them.  “Everything.  We’re running away, I told you.”

“You even packed underwear?” they giggled.

“Yes, we did pack our underwear,” my sister offered innocently, before I could cover her mouth.

The boys were laughing and talking about my underwear as they pedaled out of the cul de sac and I scolded my confused little sister.

Later, we shared a pear under the evergreen before deciding to head back home.

“Let’s runaway again tomorrow,” I suggested as we both dozed off in our own beds.

“Okay,” she whispered, from the bottom bunk.

But we never did.

3 thoughts on “The Running Away Thing”