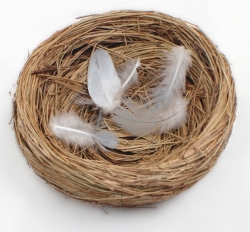 the night sky & i have companioned these two nights–first the museum lantern walk with my husband & son and then this evening’s solo soak in the woods tub–crickets sounding, Venus & Jupiter rising, bat circling overhead; this afternoon spent readying the home for the great transition–the last eclipse–Leo New Moon–Mother to Elder, “Dark of the moon, New beginnings, Dark of the moon, Plant a seed tonight,” the house aglow, welcoming letting go, the path to the back door still holding the day’s heat…

When, in two-weeks time, this new moon waxes full, 3 have become 2…

“Mom, what do you want your tombstone to look like?”

Aidan talks to us about science & technology, non-stop, grilling us on what we don’t know (and don’t want to know)  “Preparing us for the future,” aka. shaming us for our ignorance, disinterest & fea

After much trial and error in search of an equally potent rebuttal topic (beyond “I taught you how to use a spoon and wipe your butt,”), I found the perfect one, something that is of little use to him, potentially aggravating and which I know more about.

We were still in our twenties (and childless) on this day in 1993 when Casey and I left the sea for our new home in these Green Mountains.

both boys were conceived in this, our first house in Vermont, the longest I’d lived anywhere

both born in August, our youngest in the sweet room with the dormer and the louver window (aka. the small farmhouse bathroom), crowded with his father, his aunts, his big brother and not one, but two midwives with a dear friend looking on…

filter play & ballet at the Retreat Farm with the bathroom baby, just after his 18th birthday

Aidan left town for a couple days which is a weird thing to say, but he will turn 18 in two days and that’s how it goes even if he has been our baby for so long which means we’ve aged him in our minds to about 13.

Won’t we be surprised in 3 weeks when he no longer lives here!

Which brings me to the dishwasher, almost full, even though it’s just been the two of us.

“If we time it right, we can get Aidan to empty it,” I joke to Casey after our quiet breakfast date on the porch, to which he replies:

“Let’s get as many empties out of him as we can before he goes.”

I wake to the bold, buttery-lemon bloom of the DAYLILY which cheers my weary countenance and immediately brings to mind our fair-haired, sky-eyed, LEO, born this week, 18 years ago, under the sign of the SUN; as too his older brother, but two weeks deeper into the month of August, with a darker complexion, much like the TIGER LILY, whose sunset hues, like the embers of a fire, welcome me home.

This time next month will be a Monday, with all my guys back to school, but come evening, only one will return, and that will be a turning point for me Casey, just the two of us again, like we once were.

I expect searing pain, deep despair, and then something else, some new, precious, delight.

After we dropped our firstborn off to college a handful of years ago, it felt as if our family of four, reduced to three, limped away from Burlington, like all the families with younger siblings we saw around us.

I can’t fathom how it will feel to head home without either child.

Just before Aidan’s college orientation last week, I began filling a basket for him with teas and ointments and band-aids.

“I’m not ready for that,” he admonished me when I asked what else he might need; but I wouldn’t/couldn’t stop, so necessary was the ritual to meet the angst inside.

This week, I find myself retrieving items from the basket. A few packets of tea. The open mouthwash.

What was I thinking? He doesn’t leave for another month (exactly.)

I remember the morning his older brother was to return to school after the long winter break (or was it after the summer one?)

While he was still sleeping, I unpacked one heavy box into two smaller ones which made more sense not just because of the weight but because of the organization of similar items.

I felt much better after that, but I wasn’t surprised when he arrived downstairs to see what I had done and was furious.

First-borns like myself have such a need for autonomy and self-direction having spent too much time in the lone company of (and constant direction from) adults.

After he finished dumping the contents of both boxes back into the larger one (excruciatingly more disorganized than before) , I grabbed the electric tea kettle that I’d bought him for Christmas, and he grabbed it too, and we stood on opposite sides of that big box, wrestling over where it would go.

“Just let me have this,” I said, and in my eyes, he finally understood.