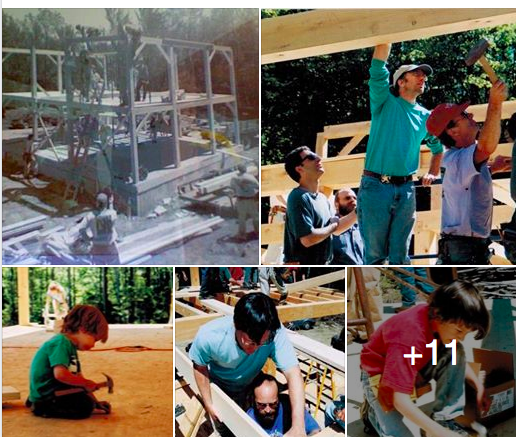 Our community came together one day in June to raise the frame of our home–along with 3-year-old Aidan who spent the day hammering nails into the floorboards of what would be our kitchen; and 8-year-old Lloyd who knelt beside his preschool & primary teachers laying down the floor to what would become his bedroom; and Casey, age 38, who lifted beams with friends & family (and even strangers) to realize a dream come true; and me, age 40, who never had the chance to live in one place very long and who climbed the frame at the end of the day and tapped an evergreen branch to its peak while everyone cheered below.

Over the years, Casey spoke of needing an addition—the living room was always too small; but I countered that the boys would be gone someday and the house was already too large for two.

What was “raised” to be a home for 4, becomes a home for 2 at the end of summer—which is almost as unfathomable as building this home for ur family once was.