Upon rising after three hours of sleep to sun streaming through crystallized trees in a tinsel-like forest, the late night trip to the Emergency Room seemed like a dream. 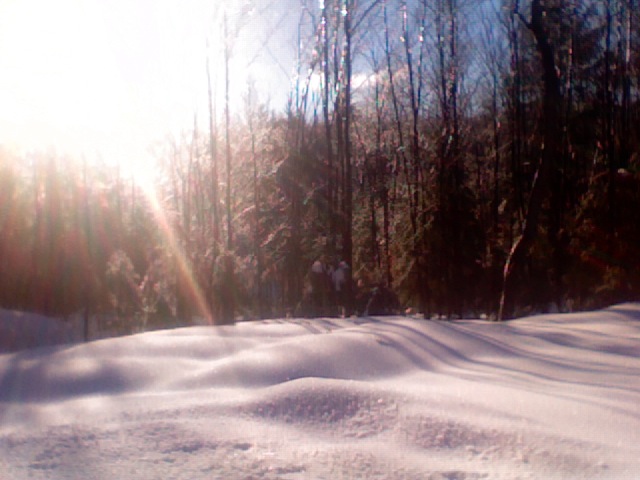 When our eight-year old woke just after midnight with a throbbing headache followed by vomiting, we were scared. He had fallen at the ice skating rink that afternoon and whacked his head hard. I checked his pupils, tracked his eyes and asked him questions.  It was probably just the stomach flu–which didn’t seem fair either.

Handing him over to his father, I grabbed a flashlight in search of the computer to see what the Internet could tell us. As a last resort, I would wake our family doctor.  The phone line was dead… again.

If it hadn’t already, this three-day weekend now seemed solidly stacked against us.  We’d been without power since Thursday and our water supplies for…