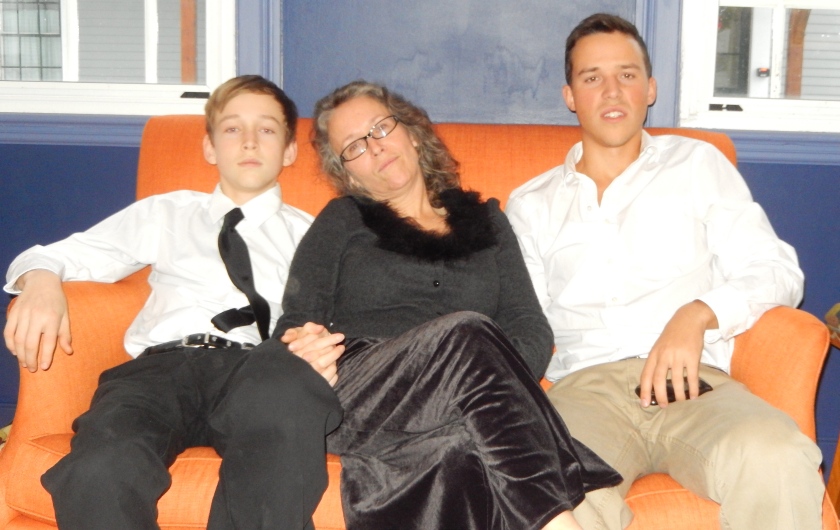 I’m not sure if it’s #45 or #metoo or Menopause, but suddenly I have access to something I never had before and it’s something which I expend too easily like the first paycheck in my kid’s pocket.

“Don’t be a fucking idiot!”

A few weeks back, I spewed this at him.

(This, in a household, where I’ve long drawn a fierce line at: Shut up.)

Actually, a stream of sentences with fuck (highlighted in various forms) came out of my 54-year-old mouth, one after the other, none of which I could entirely recollect afterward–a sure sign of trance–but not one I’d so fully occupied before.

Not just at the behavior at hand, or the accumulated attitude of his adolescent years or that combined with his older brother’s (and even their father’s) but all the ways that all women/mothers/wives are maligned for the same things for which we are relied upon.

“I’m sorry that I put that all on you,” I said to my son when he returned from hitting the speed bag in the basement.

But what I didn’t regret was the line that I had drawn, and that I will now draw forevermore, and which I appreciate that he also drew for me:

“We don’t talk to each other that way, Mom.”